What are the Grounds for Divorce in Pennsylvania?

A person who initiates the divorce is called a Plaintiff. He or she has to file a Complaint stating the reason (ground) as to why they want to end their marriage with a Defendant, who is the second spouse. 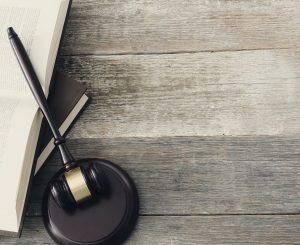 Divorce on fault grounds presupposes that there were cases of marital misconduct, which led to the breakdown of the marriage. This implies that there were very serious wrongdoings, which can influence the terms of a Final Decree. Fault-based grounds in Pennsylvania include:

Does Adultery Affect Divorce in Pennsylvania?

It does. Adultery may affect judge’s decisions on child custody, spousal support (alimony), and asset division.

Plaintiff should prove that infidelity took place and may do so by providing text messages, photos, videos, witness testimonies, and other evidence against their spouse in court.

However, they should not have agreed to their spouse cheating on them or forgiven them after, as in this case, adultery may not be an admissible reason for ending a marriage.

In PA no-fault divorce, spouses do not blame each other for any marital misconduct and just want to end their marriage because it does not work anymore. No-fault dissolution can be obtained through mutual consent or on the basis of ‘irretrievable breakdown.’

A divorce by mutual consent in the state of Pennsylvania is granted by the court according to 23 Pa. C. S. § 3301(c). This type of marriage dissolution is also called “a quickie divorce” because it does not require the spouses to be separated for a certain time. However, there are still some conditions that should be met to obtain it:

Irretrievable Breakdown of the Marriage

According to 23. Pa. C. S. § 3301(d), irretrievably broken marriage is a ground for a no-fault divorce. This type of marriage dissolution is quite similar to a mutual consent one but is given under different circumstances:

In general, the no-fault marriage dissolution is faster and more straightforward than a fault one. Moreover, its outcomes are more predictable for divorcees as they make decisions regarding their property and children on their own.

What Are the Differences Between Fault and No-Fault Divorce?

The difference between these two kinds of divorce is the following:

Engaging in a fault-based proceeding is considered quite expensive because each spouse will need to hire a lawyer and some other experts to represent them in court and provide substantial evidence that can influence the judge’s final decision.

On the contrary, in a Pennsylvania no-fault divorce, they may not incur any costs at all. If spouses agree on all terms and have no reasons to blame each other, they will not need legal assistance unless they choose to get it.

Fault-based divorce is much longer than a no-fault one, as there will definitely be more than one court proceeding. Pennsylvania lawyers state that, on average, such kind of marriage dissolution lasts from half a year to a few. Fortunately, a no-fault divorce can be finalized as soon as the waiting period established in the state is over and the judge issues the Final Decree.

There are 6 fault grounds for divorce in the state of Pennsylvania, which can influence the general divorce outcomes. Most of them have to be proved in court, making this kind of dissolution even more challenging.

In a no-fault marriage dissolution, a couple may choose to have a mutual consent divorce or just state that their marriage is irretrievably broken. These options do not presuppose long court battles and can be finalized quite quickly.

Institutionalization as a Ground for Divorce

In general, there 6 main fault-based divorce grounds in PA as well as 2 no-fault ones. However, there is also one more ground that can be considered by the courts of the state, which is called institutionalization. This ground concerns the serious or incurable mental condition of one of the parties.

According to the law, you can end your marriage without a fault base if each of the following applies to your case:

The predictions should be made by the physicians in charge, and they will have to provide their testimonies to the court.

Can the Spouse with Mental Health Issues Get Child Custody Rights?

It is unlikely if the issue is confirmed by a professional. Incurable or serious mental illness can harm a child’s well-being which is a priority for PA courts. If parental incapacity is proven, then the spouse with severe psychological issues gets no chance to obtain custody rights. However, the past records of mental conditions are not a valid reason to refuse custody or visitation. Besides, a parent with a controllable disease can have custody of his or her child.